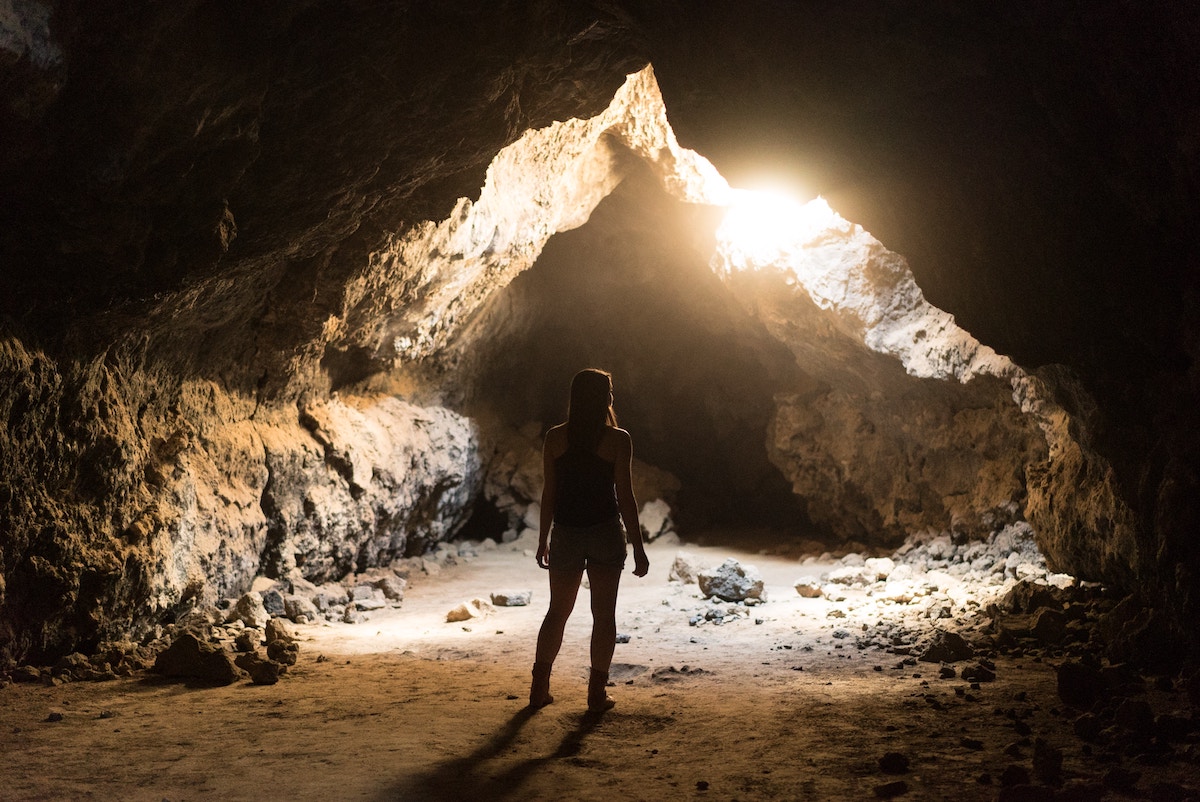 The womb first awakens as we bring her the gifts of Presence, devotion, deep respect, appreciation, and the feeling qualities of love and adoration…The womb will then begin to speak of her needs and desires. Only the purified heart will hear, only the courageous will respond. –Padma Aon Prakasha, “The Power of Shakti: 18 Pathways to Ignite the Energy of the Divine Woman”

Much of Goddess spirituality focuses on the inherent power of the womb, the center of a woman’s creativity, her chalice, her Holy Grail, her sacred blood, her life force. When women seek to know the Goddess, they begin to reclaim this power for themselves—and it always shakes their foundations, no matter how solid and carefully constructed. Old modes of thinking, being, and doing simply will not work anymore. Relationships break apart or become refined into something truer and deeper. Careers take a different and often very unexpected direction. Sometimes, even the physical body will react with illness to protest the changes occurring internally and externally. It is all just a process of realigning with something far more ancient and mysterious than any religious text or philosophy could ever describe—the creative force behind the tiniest microbe on our planet to the furthest reaches of space. The womb is a gateway to higher consciousness for both women and men if we choose to honor it in this way. Sadly, most of us don’t here in the West, because we haven’t been taught to do so.

Having been raised in a very patriarchal religious system, I never thought of my womb as anything very remarkable or even very sacred when I was a younger woman. I was mostly concerned with preventing a new life from gestating inside of it, because nothing was going to screw up my plans to finish graduate school and do something with my life. I would not make the same “mistakes” as all the other women in my family. I would not be chained to anyone or anything that could get in my way, least of all a needy, wailing infant with a loaded diaper. I seemed to have no maternal instincts whatsoever. I never held babies or made a fuss over them. They were cute…from a distance. I never even played with dolls other than Barbie (and yes, I know all about her unrealistic 18” waist). I understood animals very well and related to them easily, but tiny, wrinkled humans? Not so much.

The house with the white picket fence and the 2.5 kids looked like the gray walls of a prison to me. I didn’t judge other women for wanting to be mothers, but I felt continually judged by them for my choice to remain childless, as though my fertility were being wasted somehow. In my view, I was being quite noble for sparing a child from a life of misery with a mother who had way too many childhood issues of her own. I never felt that I was financially stable enough, either, so I was also preventing that potential child from experiencing the poverty I had known growing up. Why couldn’t anyone else see that? Why weren’t they handing out medals to women like me?

So, my womb felt much more like an enemy than a friend for most of my adult life. I saw it as this wild, unpredictable thing that had to be managed, controlled, and subdued somehow. It annoyed me. I was quite envious of the sexual freedom men seemed to enjoy with such ease. I resented the birth control pills I swallowed dutifully, despite the nausea and depression they caused, and then later, the IUD that made me anemic every month from heavy bleeding. My womb was costing me a lot, and I didn’t like it one bit.

Around age 30, it even grew a polyp that had to be removed through dilation and curettage. Having the entire contents of my womb scraped out was a horrid, bloody, painful experience, and I was quite furious about the whole thing. I needed to be at work. I didn’t have time to be dealing with this unruly part of my anatomy that seemed hell bent on hurting me.

Even so, I still loved the idea of honoring my womb. I had read plenty of texts on the Goddess movement, Wicca, and pretty much anything having to do with female empowerment by this point. I understood it all in theory. I even experienced what many of those authors wrote about when I gathered in circles with other women. The Goddess in her many phases was something I could relate to emotionally and intuitively, especially her carefree Maiden aspect. But on a deeper level, I knew I was still missing something. I still felt completely disconnected from this pear-shaped organ in my pelvis; yet, it seemed so very central to female selfhood and to the older, shamanistic practices to which I was drawn. I knew I wasn’t going to get a hall pass on this. I would have to deal with it one way or another, but I wasn’t sure how.

The irony is that who knows me well enough would probably describe me as “artsy” or a “creative” or maybe just a bit left of center. I felt like I lived through my ability to write and create, but I was plagued with pelvic pain at the same time. None of it made sense to me. Right after my 40th birthday, I finally surrendered to whatever my body was trying to tell me.

First, I had my IUD yanked out (and I do mean yanked—the removal of the wretched thing was just as bad as the insertion). Then, I started paying attention to my cycle…really trying to understand it for once…charting it every month, getting in sync with the moon, and noticing the alternating fluctuations of activity and introspection that occurred in conjunction with the ovulatory and luteal phases. I thought this would fix things—and it did result in much easier cycles—but my lesson wasn’t over yet.

Years of stress and pain had resulted in a hypertonic pelvic floor, which could only be treated with months of physical therapy, rest, and conscious relaxation of those muscles. After enduring medical tests that revealed nothing, and listening to doctors say that sometimes there is no identifiable cause for pelvic pain, I am inclined to believe that the real source goes even deeper than muscle tissue.

What I now understand about the womb is that it has a tremendous capacity to store love, hope, and renewal…and an equal capacity to store self-loathing, despair, and desolation if it is ignored, denied, and untended. It has its own intelligence and its own emotional center. It remembers everything and everyone who has “entered your inner kingdom without love” as Wayne Dyer would say.

A passage from “Circle of Stones” by Judith Duerk reminded me that answers do not always glide down from above like a feather. Sometimes they wait until you are ready to dive down into very murky waters to find them:

To discover who she is, a woman must trust the places of darkness where she can meet her own deepest nature and give it voice…weaving the threads of her life into a fabric to be named and given…sharing it with the women around her as she comes to a true and certain sense of herself.

I plunged headlong into the velvety blackness, because there was no other place to go.

I began engaging in conversations with my womb while in deep trance, and I was often shocked, saddened, and sometimes in awe of what she had to say. Much of it was like watching a slide show of suppressed memories that came back in full Technicolor detail. One journal entry in particular captures some of her dialogue with me:

You went from one unsatisfying relationship to another…You gave your power away, over and over again, but you kept your heart out of the equation. You kept that precious part of you locked away, and yet you exposed me to these assaults, as if I never mattered at all…

My eyes became tidal pools of tears…for the girl I had been, for the young woman who had cast her pearls before swine, for the scars I still carried. I felt like my entire body would become saltwater and that I could just merge with the sea, becoming nothing and everything all at once…drifting somewhere far beyond the ninth wave.

My beloved became my fortress, holding space for me while I healed physically and emotionally. This is what a conscious man does for a woman he loves. He shelters her until the wounds heal, however long it takes. Such men are rare, and should you find one, I humbly suggest that you love him fiercely, with your whole heart, and with every fiber of your being—and he will return it back to you immeasurably.

The final phase of my healing culminated with the Rite of the Womb, the 13th Rite of the Munay-Ki. It is a sacred lineage passed from woman to woman, a reminder of the truth that has been there within the core of our being all along: The womb is not a place to store fear and pain. The womb is to create and give birth to life.

And so it is. And so creation and birth and life take many forms, and all are so very sacred, so vital, so transcendent.

The many sisterhoods forming now in the blossoming of this new consciousness have the power to reawaken this birthright. I see them all around me, bright souls radiating their light and love to a weary world. As we heal each other, we heal our relationships, our broken but beating hearts, and our resplendent Gaia, first Mother of us all.

In addition to a wonderful pelvic floor therapist, the following books were also helpful in my healing process:

4 thoughts on “Wisdom of the Womb: A Healing Journey”