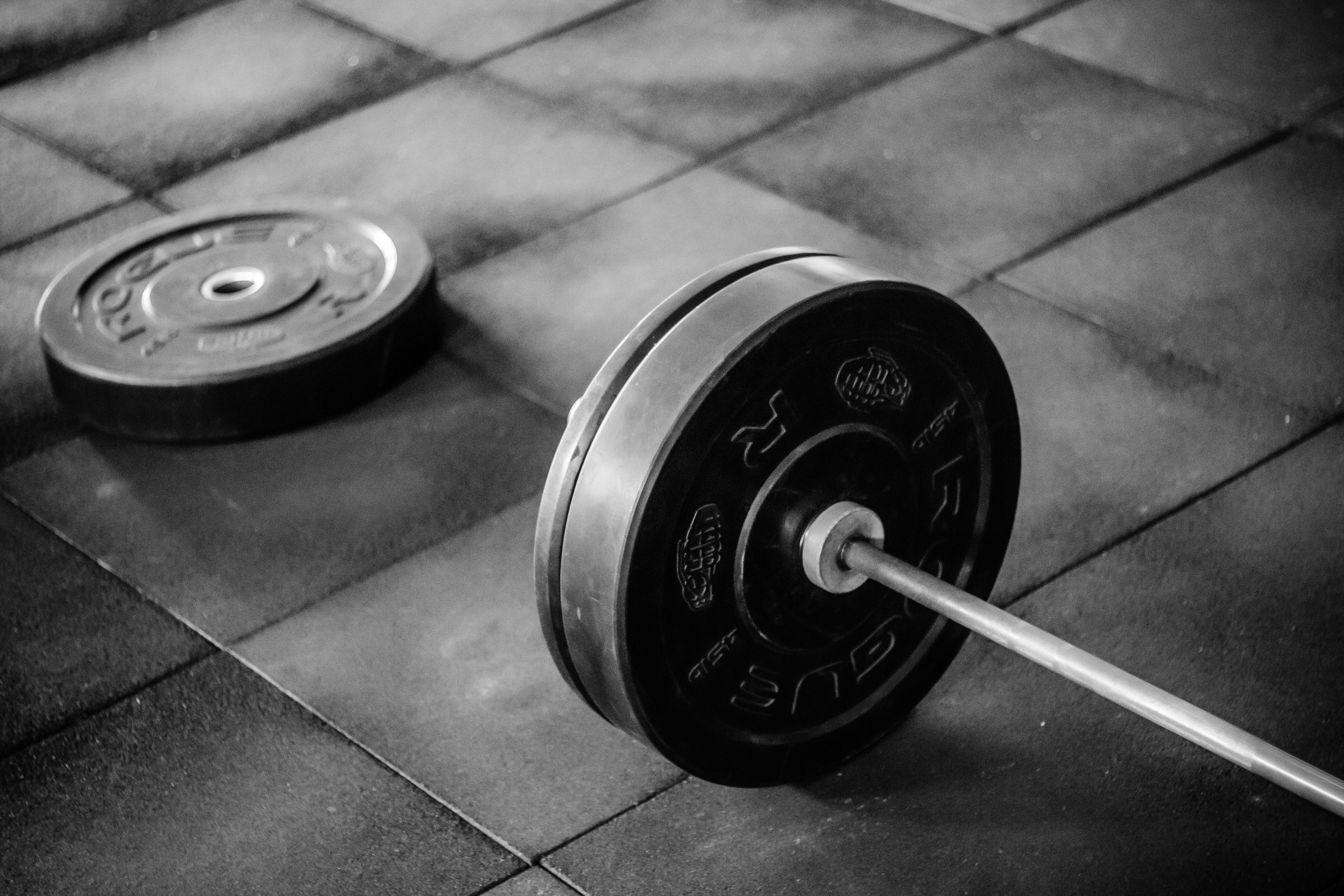 I wasn’t crazy about gym class. I was an artsy, geeky kid who could have easily camped out in the middle school library all day long, so I wasn’t overjoyed to find myself in a weight room that smelled like the sweat of a thousand jock straps.

Loading plates onto a barbell felt awkward. Since no one ever explained the benefits of strength training, I didn’t see the point of it all. I wasn’t trying out for the football team, and back then, girls weren’t exactly praised for having a muscular physique. So, I barely listened to what the coach was saying with all of his precautions about how to handle the weights. I had almost survived the class, but then a heavy plate slipped right out of my hands and landed squarely on my big toe.

The pain was excruciating. My toe was throbbing, and had I been alone in that moment, I’m sure I would have screamed. But I said nothing. I swallowed all of that pain, rather than admit that I had screwed up. Putting any weight on that foot was torture, but I forced myself to walk out of class normally. I didn’t go see the school nurse. I didn’t say anything to anyone all day, as I sat through my classes, hurting constantly and trying to focus on math problems.

When I got home, I finally told my mom what had happened. By then, my toe had turned a vicious shade of purple and was quite swollen from all of the fluid that had built up under the nail. We had to drain it, which was even more agony, and I ultimately lost the nail.

When all of that was over, my mom asked, “Why didn’t you tell someone? Why did you walk around all day like this? How could you drop a weight on your foot without screaming?”

She had such a displeased, flabbergasted expression on her face. My behavior confounded her. It should have been a waving red flag. It should have prompted more questions about why I didn’t care enough about myself to speak up about my injury. None of that happened, though. It was dismissed, as so many things were that had no easy and immediate answers.

How I dealt with my smashed toe was just a microcosm of how I handled pain in general, whether physical or emotional.

I never felt safe enough to express pain. I never trusted that others might actually be empathetic and helpful. School wasn’t safe because of bullies. Home wasn’t entirely safe because of my dad’s temper, my mother’s judgement, and the threat of being yelled at or physically punished for anything I did wrong in their eyes.

I reasoned that in an unsafe world, expressing pain would expose a vulnerable weakness that others could exploit. It seemed wiser to keep it all to myself. I learned stoicism from birth and had perfected it by my teen years. Just keep your head down. Say nothing. Don’t give them any ammunition.

My parents were fighting on the way to church once, and I was wishing I could be anywhere else on the planet other than the back seat of that car. I walked into the sanctuary in tears, wanting refuge and understanding. My aunt took one look at me, ascertained the situation, and said, “Try and pull yourself together.”

The one place where I thought I might be shown some kindness and unconditional love just offered me indifference. It simply reinforced my belief that safety could not be found anywhere.

Much later in life, I would learn that my family had harbored secrets of rape, affairs, illegitimate children, and abuse that never came to light until those who were affected had passed from this world. They were that good at perpetuating well-crafted lies and appearances. I know their tactics weren’t unique. Secrets and shame spread through all families like a genetic disease.

My story about hiding my pain is just one of millions, but it serves to illustrate why women have to speak up when it hurts. Since the days when ‘hysteria’ was used as a blanket term for every possible female illness, women have been labeled as irrational and excessively emotional. It has made us doubt ourselves and try to conform to an impossible standard of self-denial. This doesn’t serve us, and it doesn’t serve the world. We aren’t hysterical—we’re hurting and exhausted from the effort to mask how we truly feel.

What would happen if one woman told the truth about her life?
The world would split open
–Muriel Rukeyser

Things began to turn around for me when I found supportive women’s circles that allowed me to express my truth, break down in tears if I needed to, and be heard and witnessed without judgement. My healing began there, and it continues there. Black Elk, the Holy Man of the Ogala Sioux, said, “Everything the power of the world does is done in a circle.” Within sacred space, I finally found safety, harmony, and personal transformation.

My childhood experiences taught me the importance of being honest about pain, and it’s something I still work on all the time. I love it when people describe me as transparent, because they have no idea how much deprogramming it took to get here.

I became a writer, because the page offered a tremendous amount of blank space for truth-telling and inspiration. I became a women’s circle facilitator, because I learned the power of holding space for others and how vital that is for healing. I became a life coach, because I wanted to carry that concept into one-on-one sessions. I became a bodyworker, because I was deeply interested in how we can begin to release trauma from the body as well as the mind. My path has seemed circuitous, but I am beginning to see how all of the routes connect.

A coach once asked me to imagine I was standing on a balcony before thousands of people with one short message to deliver. What would I say to them? I hated the question, because I didn’t like imagining myself before such a vast audience. Just the thought made me nervous. But when I was able to sink into the deepest, most soulful part of myself, I uttered these five words:

Speak up when it hurts.

7 thoughts on “Speak Up When It Hurts: How a Stoic Learned to Share Her Pain”