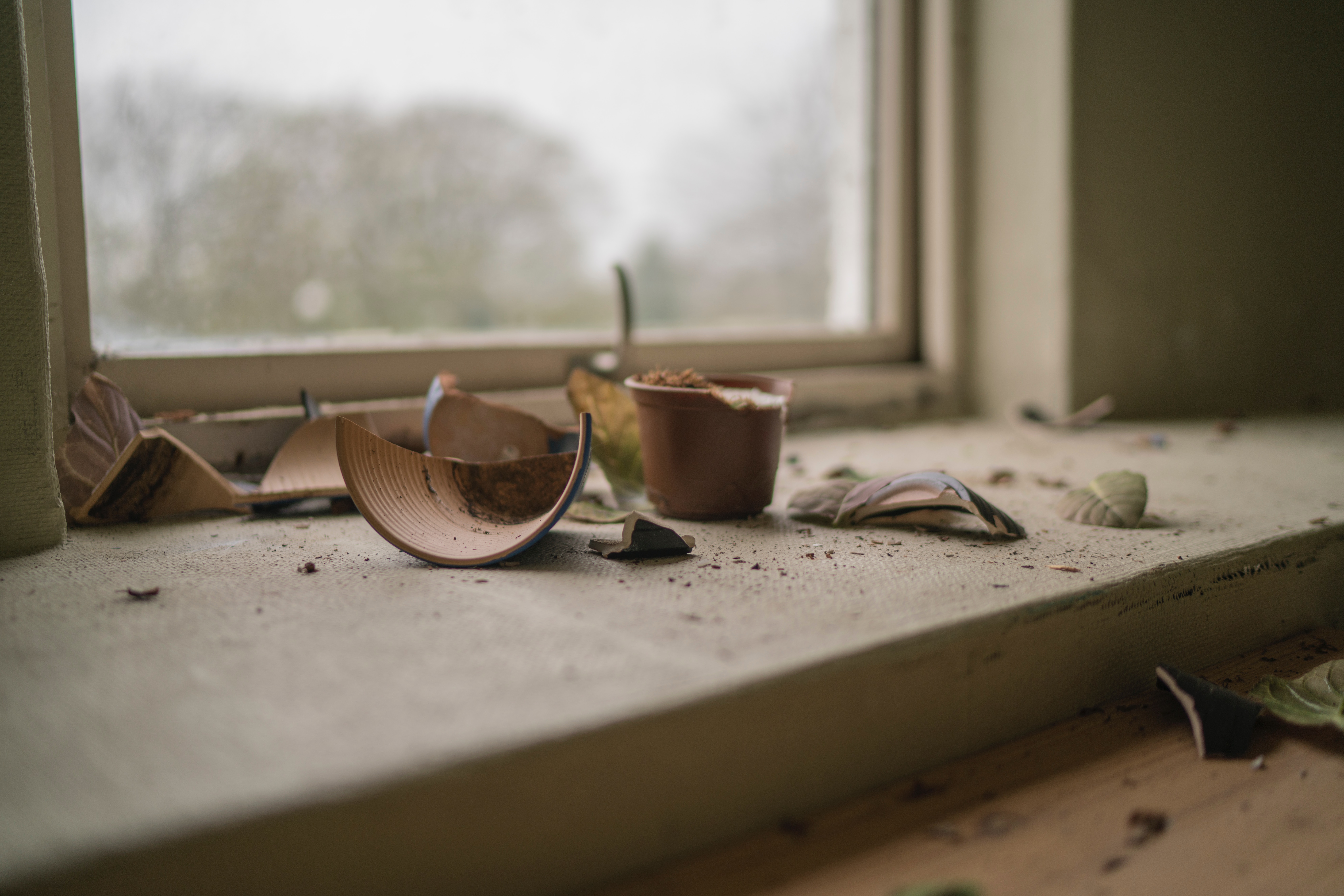 I’m nine years old, it’s late summer, and I’m playing tag and roughhousing with a group of boys in the churchyard. My mother is standing on the church steps with the other adults, talking and smoking cigarettes, stretching out the fabric of the evening until the stars are visible. Occasional shrieks of laughter punctuate the cacophony of insects and tree frogs, and fireflies dart like tiny, luminescent spirits in the graveyard. It’s the kind of Southern night that can make a poet or a songwriter swoon.

The boys are beginning to accept me as one of their tribe and rarely cut me any slack for being a girl. I want to understand their world, so I learn the proper way to throw a football, and I try to be impressed with things like baseball cards and comic books. I am holding my own in whatever game we decide to play, and being an only child, they give me some sense of what it would be like to have a bunch of annoying brothers. I’m learning that having brothers means I need to be tough and willing to get my clothes dirty. So I don’t think much about the mud on my shirt when I notice the adults putting out their cigs and shuffling towards the parking lot.

I wave goodbye to the boys, reaching the car at the same time my mom does. There is just enough light from the streetlamp for her to notice that my white shirt is no longer pristine. She is instantly furious and launches into a tirade about me being thoughtless and careless in my “good clothes” and how we don’t have money to replace such things. I feel shamed and humiliated, and not knowing what else to do, I slide into the back seat, hoping that it’s too dark for anyone to see my tears.

I overhear one of the other mothers say, “It’s alright. A little stain remover will take that right out.”

As the parent of two rambunctious boys, she probably owned stock in stain remover and could tackle grass, mud, and blood without batting an eyelash. I cry even harder because she is standing up for me, and I wish I could go home with her instead. Maybe she would like to add a lively daughter to her brood. Then I notice a brief glitch in my mother’s programming. An expression that almost looks like regret passes over her face, but I don’t get an apology.

What I internalized from that experience and many others is that the way to avoid criticism, shame, and humiliation is to be perfect.

What did I pay with? My soul, mostly.

On the one hand, I developed self-discipline and the capacity to stick with something long after the initial excitement wore off. I learned how to push through apathy, boredom, illness, frustration, fatigue, and doubt. I learned how to work when I felt like it and when I didn’t. That is how you win the medal and save the day, or so I thought. It’s a repetitive process of self-denial, grit, and determination.

On the other hand, I developed a harsh and relentless inner critic that never made allowances for being human. I was still the girl afraid of getting mud on her shirt. Every bit of my self-worth was tied to achievement, and without it, I had no idea who I was. If I wasn’t working toward something and slaying a goal, then I was nothing.

Attaining the goal always ended up feeling shallow, though. I would sink into depression afterward, because there was always something higher and better on the horizon. I didn’t pause to celebrate accomplishments, because they were never enough for me anyway. I didn’t bother to hang diplomas or awards on the wall. If achieving made me feel worthy, then I had to find another hit as quickly as possible.

Fast forward to the present. I’m sitting in my therapist’s chair, watching the fishes dart back and forth in their tank, wondering if they feel limited by their world or if they are blessedly unconscious of lakes and oceans. For their sake, I hope they have no aspirations.

Determined to get to the root of my perfectionist problem, my therapist, who seems a lot like Gandalf to me, finally asks, “Can you be okay with not being a god? Can you accept that you are a fallible, flawed human?”

“No, not really. I’d rather be a goddess,” I reply with my usual wit and sarcasm, laughing while I cry a little on the inside, because it’s true. I’m not madly in love with being human and never have been. A part of me has always felt like I don’t belong here in this life or even on this planet. (Some say that people like me are starseeds, but that’s a far out topic for another blog).

I’ve also spent over two decades immersed in women’s spirituality and the Goddess movement, which helped me wake up to my own feminine power in a hypermasculine world. I had to slough off a lot of early conditioning, and I did it with sisters who weren’t afraid to drum, dance, sing, laugh, chant, howl, cry, and connect with our ancient lunar wisdom and magic.

I still emphasize connecting with the Divine Feminine in much of my writing and my spiritual practice. It can be a path for healing low self-esteem and victim mentality, particularly for women who were brought up in extremely repressive, misogynistic environments. It’s a period of recovery and reclaiming, and I believe it’s sacred, vital work for bringing feminine consciousness back into the world.

There is also a field out beyond that where a woman knows her power and strength after doing the inner work. She doesn’t doubt what she can manifest. She isn’t afraid to speak her truth. She owns her sexuality. She has clear boundaries. She is less of a student and more of a teacher now. She can hold space for others quite easily, but she must also hold space for herself.

I stand in that field of wildflowers now, asking questions and looking into the well of wisdom with my own face reflected back to me. Who am I now after all that I’ve done? What if I could still accomplish great things with love and acceptance for my human flaws? What would that even feel like?

One aspect of Goddess spirituality that I find troubling is the tendency to put Her on such a high pedestal that She is completely unrelatable. A depiction of Aphrodite rising from the sea foam might inspire more self-love or it might trigger body dysmorphia. It depends on a woman’s personal history and point of view. In a world that already wants to slice and dice women into unrealistic, commercialized images, it can be difficult to access something true and genuinely feminine. Something divinely human. Something perfectly imperfect. If we are to see the Goddess in ourselves, then what does that really look like? Here’s a hint: it’s probably not something porcelain and immaculate.

When I consider the Goddess now, I want her to be a lot less celestial. Maybe she’s sporting a messy bun and still in her pajamas on her third cup of coffee, because she’s deep in her creative process. Maybe she has paint in her hair and mud on her feet…or on her shirt.

Looking back on it all, I know my mother was doing her best to give me a competitive edge, and she did it in the only way she knew how. I can only imagine the fear she must have felt inside at the thought of sending her daughter out into a world that would expect her to think and act like a man in order to be successful. She wanted me to reach higher and go further than she did, and she was trying to prepare me for the fact that my softer, feminine qualities would not be considered assets. I have so much compassion for her, knowing that what she passed on to me was part of the patriarchal illness that affects us all. I’m wide awake to the symptoms, though, and it’s my job to heal myself and to help others if I can.

Healing means knowing I’m worthy down to my bones because of who I am, not because of what I achieve. I’m finally reaching a place where I can pause and simply stand on everything I’ve learned in my life and put it into practice for the greater good.

As I was wrestling with perfectionism and beginning to write about it, a friend called out of the blue one afternoon with a message that felt like it came straight from the Universe.

“I want you to know that what you offer has value,” she said. “You speak the truth and listen compassionately. No matter what I’ve talked to you about, I never felt judged. That’s a rare thing, and I felt like you should know that it’s really needed in this world.”

Her words touched me deeply. I realized that I did not learn the things she spoke about from a textbook or a professor. They cannot be learned. They are the medicine I carry, and it is enough.

2 thoughts on “The Problem with Perfect”